The oldest reference to the parent house of the Hotel & Restaurant Wastlwirt**** dates back to 1499, when Hermann Weber set up a citizens’ meeting place in today’s Wastlwirt in St. Michael. The first official document dates back to 1510 and documents the first change of ownership of the inn. Over the following 320 years, a total of 14 other innkeepers proved to be eager hosts for friends, neighbours, traders and business travellers on the Tauern-Nockalm pass route across the Alps, which was already used by the Romans.

500 years of tradition – and where the name “Wastlwirt” comes from

In 1830 Sebastian Georg Moser took over the village inn as the 16th innkeeper, to which Empress Maria Theresa of Austria had already awarded the “innkeeper’s rights” (Maria Theresa concession) in 1745 “for everlasting times”. Moser gave it its present name: “Wastlwirt” – whereby Wastl means nothing other than the dialectal short form of his first name Sebastian. As the first direct ancestor of Rudi Baier’s current innkeeper family, the brewery owner and master brewer Jakob Wieland bought the country inn in 1887 and served the self-brewed “Wastlbräu” there for the first time. At the beginning of the 20th century the daughter Maria Wieland takes over the inheritance. This marks the beginning of more than 50 years of successful “regency” for women.

The “reign of the women” ended in 1966, when Hermine Resch signed over the business to her daughter Josefine Baier and her husband Rudolf. The two of them built a hotel with about 50 rooms, a dining and event hall and an indoor swimming pool next to the old inn. Their son Rudi Baier has developed the traditional hotel into a 4-star hotel with a very special flair over the past few years with a lot of effort and attention to detail. Guests from all over the world appreciate the extraordinary ambience and the historical walls of the hotel. You can still feel this long host tradition in the Wastlwirt today. In 2017 Rudi Baier handed over the hotel to his son Sebastian, who in autumn 2019 initiated the future modernisation of the hotel without changing its charm. Till now – beside smaller improvements – 2/3 of all guest rooms and the whole SPA area have been renovated.

Your hosts Sebastian & Rudi Baier and the Wastlwirt team look forward to welcoming you.

Enjoy 250 kilometres of slopes from Katschberg to Obertauern within 30 kilometres in the Lungo ski region. Including ski pass and 3/4 board.

7 restful nights, pay for 6 and draw 5 days of piste turns in the glittering snow Including ski pass you will experience the ski region Lungao from Katschberg to Obertauern.

Whether horse sleigh, alpine snack or wellness treatments. Choose 3 experiences from 10 and discover the quiet side of the Lungau.

Getting to know each other Days

Relax in our wellness island with sauna landscape and enjoy our culinary experience from the Rauchkuchl and a 5-course romantic dinner in an atmospheric atmosphere in the evening.

Take some time off. In the Wastlwirt world of well-being with four-star comfort: relax on our wellness island. Feel-good treatments in the Romantik Spa.

Spend 7 relaxing nights in the Wastlwirt and pay only for 6 nights. Book now and benefit from this offer.

An Expedition through the Salzburger Land 7=6

Experience around 180 attractions in the province and city of Salzburg. With the SalzburgerLand Card, your holiday becomes a unique holiday pleasure. Whether fortresses, castles, mountain lifts, museums, mines, nostalgia railways, wildlife & adventure parks, lakes, baths, panorama roads or the attractions of the Salzburg city. Everything is included for you.

Whether horse-drawn carriages, an alpine snack in a rustic hut, or a rented bicycle. Choose 3 experiences from 10 and discover the quiet side of the Lungau.

Take some time off. In the Wastlwirt world of well-being with four-star comfort: relax on our wellness island. Feel-good treatments in the Romantik Spa.

Experience golf with passion on 7 surrounding 18-hole golf courses of the Romantik Hotel Wastlwirt – including 2 green fees on the golf courses of your choice and Golf Unlimited at GC Lungau 9.

Enjoy a week at the Hotel & Restaurant Wastlwirt and learn how to play golf within 5 days, including the course entrance examination.

Spend 7 relaxing nights in the Wastlwirt and pay only for 6 nights. Book now and benefit from this offer.

Getting to know each other Days

Relax in our wellness island with sauna landscape and enjoy our culinary experience from the Rauchkuchl and a 5-course romantic dinner in an atmospheric atmosphere in the evening. 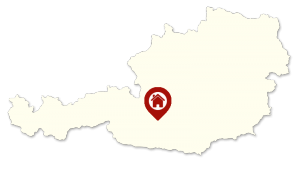